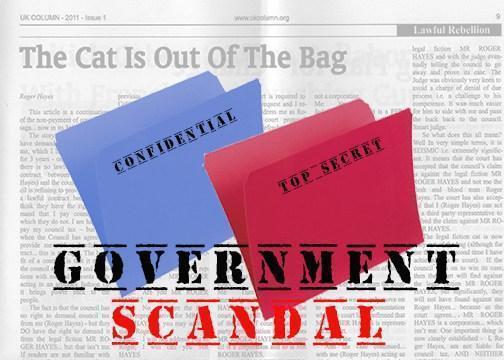 The recent scandal of Edward Snowden has led to major controversy over the violation of people’s privacy. Snowden, National Security Agency (NSA) analyst, leaked top-secret US information to the press.

The neologism designated by Italian journalists to the scandal is “Datagate” . This is yet another scandal that has been termed with a noun and the English suffix “gate”.

The US refers to the Snowden scandal as “Big Data”, as intelligence services use big data to watch individuals and groups.

In English, “gate” is equivalent to “door”, however, the meaning plus the suffix began from the scandal during US Nixon’s presidency when the Watergate Office complex was broken into.

Recently, the term ”gate” has been replaced with the English suffix “leaks”: the revealing of information despite efforts of concealment.

The suffix “leaks” has been termed for the scandals Wikileaks (Openleaks) and Vatileaks, also carrying the same connotation as the scandals that use “gate”.

Even though the suffix’s used for these scandals are in English, they are widely used in different languages for various controversies around the world.

Is there a connection with the TV show “Big Brother”? In the “Big Brother” everything is being monitored, recorded, people are not given permission to contact the outside world but the difference between the television show and the “big data” scandal is that in the latter they are not aware of being spied.