Alkimia, the story behind the name of Jordi Vilà’s restaurant! 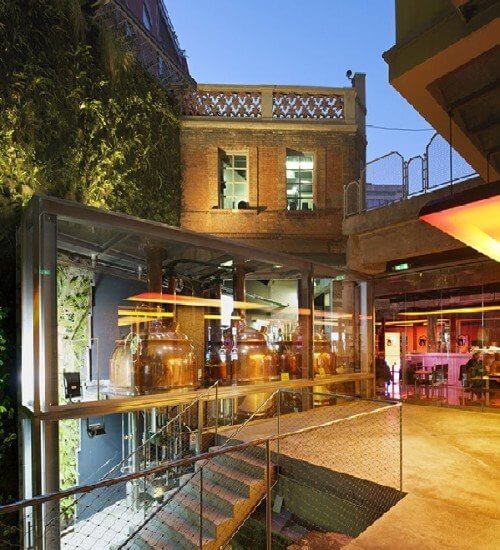 On 10th November, Barbara Beatrice Lavitola of BBLTranslation, a specialist translation agency that works with conference interpreters in all languages, had the honour of visiting Moritz, the oldest brewery in Barcelona and one of the city’s most historic places. As well as visiting this incredible location, she also had the opportunity to meet Jordi Vilà, the Michelin-starred chef of Alkimia restaurant, located on the first floor of the emblematic Moritz factory.

Your attention is drawn to the Moritz by its combination of the traditional and the most modern. Whilst its stone walls and wooden door continue to mentally transport customers to another era, the charm and lure is further amplified by its modern design permeated with historical elements of beer brewing of yesteryear, given that it is made up of part of the old brewery and its fermentation room. It was all redesigned to maintain the fundamental essence of the building but with a modern approach by which the use of mirrors, glass and the latest technologies have created event rooms that adjust to the needs of any type of client.

We talk to Jordi Vilà about the meaning behind the name of his restaurant, Alkimia 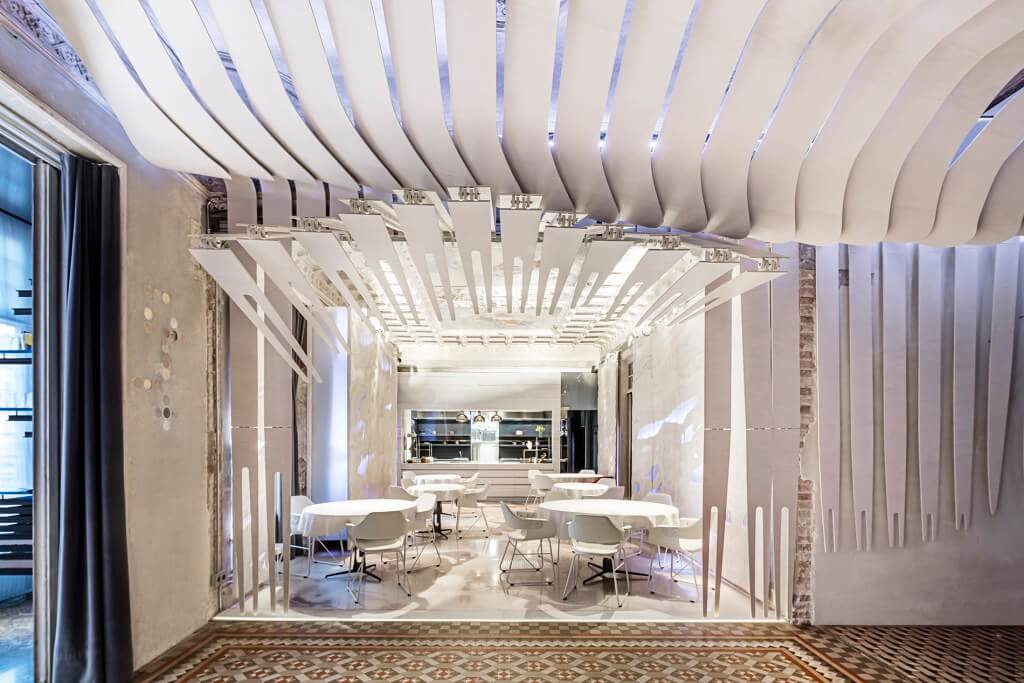 During a meeting that took place in this spectacular venue that companies and individuals can book for their events, Barbara chatted with Jordi Vilà about a topic that is always of interest to BBLTranslation: language and words. He was asked about the name of his restaurant Alkimia, and his answer was the inspiration behind today’s article. Why did he choose that particular word? Let’s find out!
Jordi explained that it is his take on the original Spanish word “alquimia” [alchemy], which is defined as the “transformation of matter”. This sums up the philosophy of his restaurant, a Michelin-starred establishment that goes far beyond the kitchen to create unique blends and constantly innovate each dish to offer diners a surprising menu. The most popular and well-known reference to this term is the process of transforming lead into gold, comparable to the alchemist’s kitchen where food is transformed at the chef’s will to become excellent dishes. However, there is much more than mere allusion to the meaning of this term.
The prestigious chef recognised that his restaurant is traditionally aimed at an international market. This approach was handed down from the Moritz family who, in 1856, at the hands of the French-born Alsatian, Louis Moritz Trautmann, founded the factory. Although “alquimia” may seem a simple word for a Spanish speaker, its phonetics have proven somewhat troublesome to speakers of other languages so he decided to overhaul the word itself and chose a phoneme to facilitate the pronunciation, even for people who are native speakers of a European language. Therefore, he changed the Spanish “q + u” to a “k”, maintaining a similar sound in other languages. The “k” symbolizes non-conformity, rebellion, an urge to go beyond the limits. It is Jordi’s desire to forge the Catalan cuisine of tomorrow, starting from a traditional base and from the earth, but in his own unique style. With this change, everyone would know how to say the name of his company, Alkimia. Interesting, right?
In addition, as it starts with the first letter of the alphabet, this fits perfectly into a commercial strategy of positioning Alkimia at the beginning of restaurant listings.
At BBLTranslation we loved hearing this colourful anecdote. Conversations about language and its uses can crop up in the most unexpected situations. If you enjoyed reading this article, please help us to reach more people by sharing it with your social network contacts