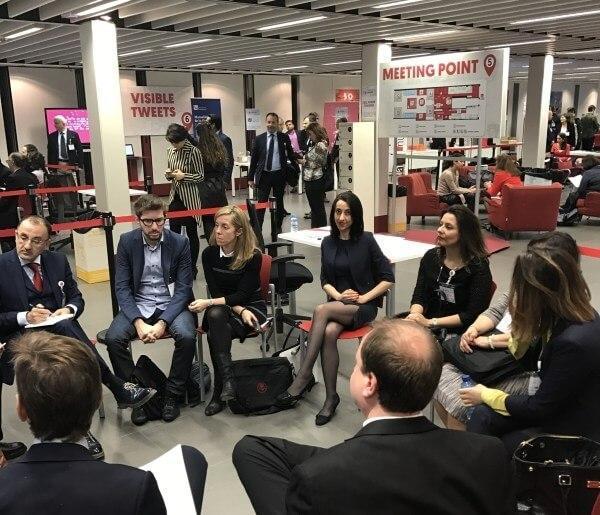 The manager of BBLTranslation, Barbara Beatrice Lavitola, was invited to attend this initiative that promotes globalisation and networking between lawyers from both Barcelona and the rest of the world.

The Dean of the Law College of Barcelona, Oriol Rusca, and the Regional Minister for Justice for Catalonia, Carles Mundó, opened this 4th edition by launching a very attractive programme that took place over Thursday and Friday.

The clever planning of the two workshops provided various spaces in which participants could share experiences and generate knowledge from the global advocacy community.

One of these spaces was Speakers’ Corner, where groups of up to 10 attorneys shared their opinions about their professional activity, and a city representative moderated each group by encouraging all those present to take part. The manager of BBLTranslation, Barbara Beatrice Lavitola, spoke in one of the Speakers’ Corners about sworn translations and the unique and distinguishing service that BBLTranslation offers – sworn translations with a digital signature.
Another interesting space was Face to Face, with concerted interviews between the Speakers’ Corners assistants, or even the speakers themselves. The conversations took place in friendly environments which were well suited for leisurely chatting and encouraged small networking corners between participants.

Social networks were also present at the event with the Visible Twitter space, in a panel displaying participants’ tweets with the event’s specific hash tags.

Additionally, networking was prominent at the Speed Dating and Business Networking spaces, where attorneys could change over quickly, exchange their business cards and talk about their main business objectives or interests.

Barbara Beatrice Lavitola had the opportunity to speak with lawyers from all over the world, as well as with professionals from Barcelona like Álvaro Salmurri and Jordi Brotons, of AAMC Abogados y Asesores Tributarios; Clara Bernardí, of JAUSAS; and Elena Vallejo, of Vallejo Criminal Lawyers.

Finally, the change effected by the Barcelona Bar Association, updating its Spanish title from Colegio de Abogados de Barcelona to Colegio de la Abogacía de Barcelona must be noted, as it employs gender-neutral terminology in the original Spanish, showing the evolution of the language in terms of equality.