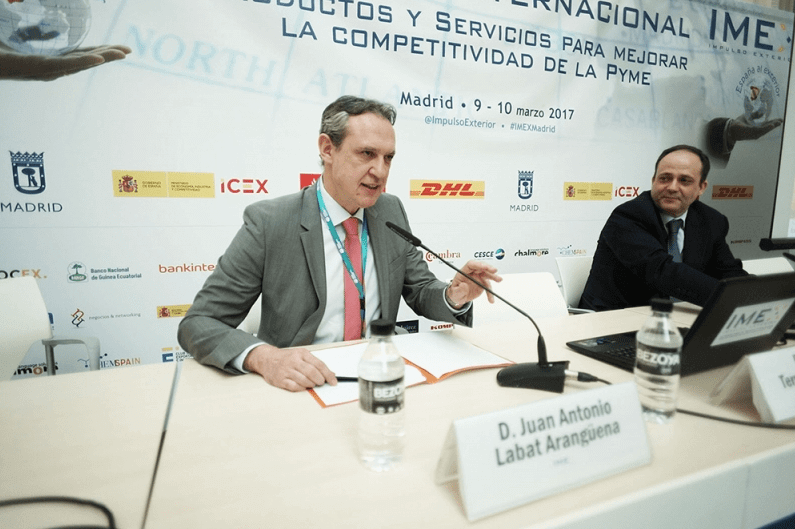 The IMEX-Impulso Exterior trade fair is aimed at strengthening international trade relations.
Its 16 th edition took place in Madrid on 14 and 15 2018. It is the longest-established Spanish
event dedicated to international business and foreign trade. Due to the fair’s global nature,
and given the importance of languages in international trade relations, BBLTranslation
interviewed José Terreros, director of IMEX-Impulso Exterior, to discover a little more about
the sector.

José Terreros is the current director of the IMEX-Impulso Exterior trade fair. The event is
characterised by the constant search for growth of all kinds, from helping SMEs and other
participating companies understand the need to expand their horizons and engage in
international trade to supporting the internal growth of participating exhibitors and countries.
BBLTranslation spoke with Terreros about the 2018 edition of the fair held in Madrid’s Palacio
de Cibeles.
BBL: What would be your three main recommendations for companies that intend to go
global for the first time?
JT: To not be afraid, to know that they’re not alone in this, and to be cautious.
BBL: Considering your career in the business internationalisation sector, what are the most
significant changes that you would highlight in terms of trends in recent years?
JT: The world is changing at a staggering rate. Not just the markets and countries but also the
way international business is developed and the instruments used.
There are two major factors that should be taken into account by any company or organization
that wants to internationalize correctly. The first is a security review of the trade (or
investment where appropriate) situation of the target countries or regions. The other is how to
adapt to digital technology in all its aspects, since it is a key factor in being competitive
abroad. There are also other concepts to be taken into account when looking for international
competitiveness, such as developing a good logistics infrastructure and adapting to the
commercial trends of the countries or regions where you are going to operate.
BBL: Professional translations and interpreting services are fundamental in the international
expansion of any company; would you consider them as one of the most important factors in
success abroad?
JT: Translations in the international field are essential. They are a variable that is constantly
present and that must always be taken into account in all business operations, from the
establishment of a company abroad, through to drawing up any service or sales contract. I
believe that any business person needs to read in full any document that he or she signs.
Language is something that objectively separates us in international commercial relations,
which is why it is necessary to have, as much as possible, the greatest command over
languages.
BBL: In your extensive professional experience, have you ever had a curious situation related
to doing business in other languages?
JT: On one occasion, years ago, I was in Bratislava together with a group of Spanish
businessmen. They didn’t know Slovak, and they didn’t speak English either, so they asked for
the assistance of an interpreter who translated both languages ​​during that meeting, in which
an important subsidy was dealt with by the Slovak government. The translation was
impeccable in both its precision as in its timing. However, when the crucial moment of the
negotiation arrived, when it was time to state the amount that the Slovak agency had to pay to
the Spanish company, the Spanish businessman who was speaking at the meeting said the
figure – in Spanish, of course – for the interpreter to relay in Slovak. “It’s eight million (Slovak)
crowns,” said the businessman. But at that moment, the interpreter, who had done her job
perfectly but as impassively as a robot the entire time, suddenly showed her surprise and said
“What? How much? Eight million?!” It embarrassed everyone who was there.
BBLTranslation knows the importance of translation and interpreting services as a key element
in international business success. The company was in attendance at the 2018 edition of IMEX-
Impulso Exterior to track changes that are coming in the sector and stay up to date with the
most innovative trends. Contact us to find out how we can help you grow internationally.