HOW WILL DIGITAL SIGNATURES BE AFFECTED BY BREXIT 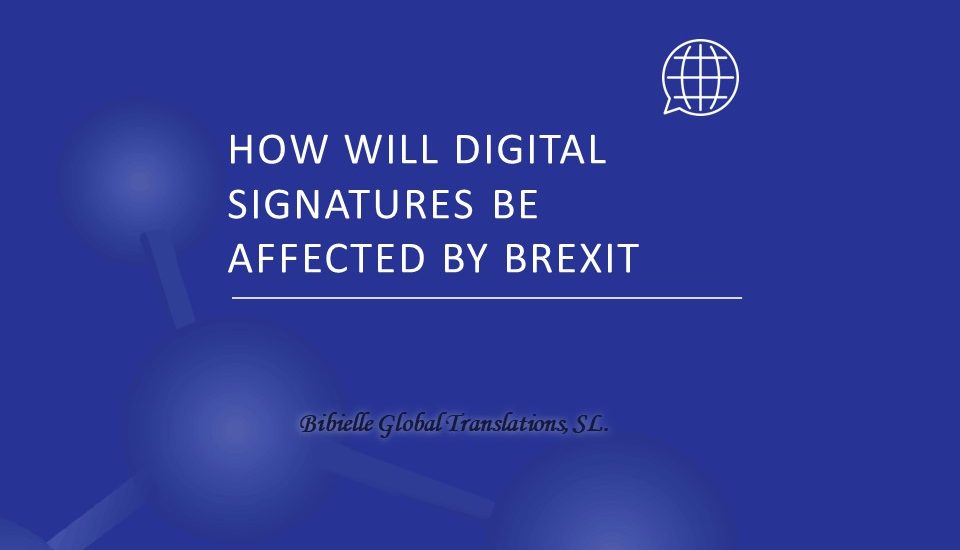 REELING FROM THE UNCERTAINTY

Companies which rely upon EU regulations in order to conduct their day to day business are still reeling from the uncertainty that Brexit brings.

One such important regulation is eIDAS (electronic IDentification, Authentication and trust Services) was created in order to bring about uniformity and security in electronic transactions across EU member states.

It sought to standardize the regulations on electronic signatures and trust services across the entire bloc.

What the UK has already done

•In order for eIDAS to succeed, member states would have to work towards creating a framework which ensures interoperability.

•Even though the regulation came into force in the EU on the 1st of July 2016 – post the Brexit referendum – it seems that British regulators are opting to continue moving forward with eIDAS as well.

•The Electronic Identification and Trust Services for Electronic Transactions Regulations 2016 were laid before the British parliament on the 1st of July 2016, and came into force on the 22ndof the same month.

•The Electronic Signatures Regulations 2002 have been revoked and replaced with these new set of regulations which are based on the eIDAS regulation.

•A guide has also been prepared by the UK’s Department for Business, Energy and Industrial strategy which explains the changes affecting electronic signatures under the new eIDAS regulation. E-signatures, trust services and electronic identification are all covered under the new regulations and this should provide the necessary background needed to understand the intent and implications of the new regulations.

What’s in store for the future?

•Although it is a good sign that the UK has sought to maintain uniformity on regulations regarding electronic identification and signatures, the future course could very well be different. Once the formal process of Brexit is complete, the UK would be well within its rights to review and amend the regulations.

•It is unlikely that Britain will create systems or regulations which would not be closely linked and compatible with their European counterparts.

•After all, these regulations aim to provide an easier, safer and faster way of doing transactions on digital platforms. The UK Government provides electronic verification and offers a whole host of services based on its GOV.UK Verify platform.

What’s in store for the future?

• The risk of any changes in the electronic signature and digital verification regulations in the UK diminishes as business in the country continue to align themselves with the existing common regulations.

• Any amendments in the future would only be sought if a significant rift grows between the paths that the EU regulators and the post Brexit UK regulators take. Even then, the new guidelines will most likely ensure a high degree of interoperability between the two independent systems.

• It might involve a slightly higher cost and some effort in order to implement these multiple systems, but it would still be better than what existed before eIDAS.