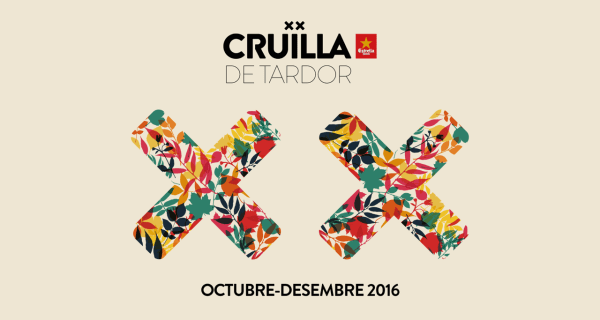 This past 15th October saw the start of the first edition of the “Cruïlla de Tardor” festival, the new event offered by the organisers of the Festival Cruïlla which is held every summer at the Parc del Fòrum in Barcelona and which now continues from October to December.
After the beginning of the festival two weeks ago with the performance from ILe (former member of the group Calle 13) at Sala Apolo, the months of November (3 concerts) and December (2 concerts) follow with the bulk of “Cruïlla de Tardor” performances.
The style and feel is designed to replicate the format of the summer festival, with diverse groups and an intimate atmosphere to offer an intense musical experience. The line-up for these three months stands out, like in summer, for having both an international and local dimension. In October, the Puerto Rican singer ILe raised the curtain for the festival, but in early November it was the turn of American singer-songwriter Andrew Bird (4th November), and we will soon enjoy performances from the young British rapper and poet Kate Tempest (8th November), and Catalan group La Sra. Tomasa (12th November), one of the most international local groups.
On the 1st December, it will be the turn of Parisian group Caravan Palace, who will be performing at Sala Razzmatazz.
The final and most anticipated instalment of the festival will take place on 7th December with a performance from Crystal Fighters at Sant Jordi Club. The London-based band already performed at the summer Cruïlla 2016 festival, and they are now returning to offer a more intimate show for their fans.
In total, the festival offers six concerts for all types of audiences which broaden the scope of “Cruïlla” and maintain its diversity of origins and musical styles.
At BBLTranslation, we are continuing to collaborate with “Cruïlla” festivals through the translation of content to accommodate the international nature of its line-up and audience. The organisers are anxious to provide various languages in all forms of communication (on the website, social networks, audio-visual materials, etc.) to offer the best possible quality for fans and performers.