What are the world’s main business languages? 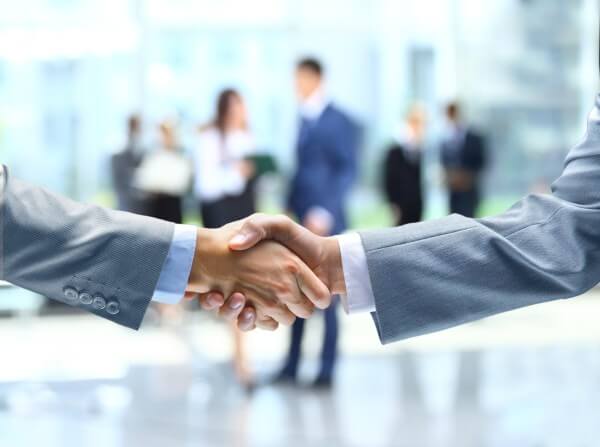 The current climate of globalisation has meant that people communicate with each other in a small group of languages that allow us to be understood, even though have different origins. In global terms, the current five most widely-spoke languages are: Mandarin Chinese (>900 million speakers), English (>500 million), Spanish (>500 million), Hindi (nearly 500 million) and Russian (>200 million).

Alongside the most widely-spoken languages, we find those that have established themselves as the world’s main business languages. This, in turn, has had a large influence on the origins of the world’s leading multinationals and its most powerful markets. Consequently, nowadays, executives and those who work in international business environments must have the best possible command of these languages, which they will need to use for conversations, meetings, conferences or business events.

As we’ve said, the most present business languages on a global level are somewhat different to the ones most popular in terms of sheer numbers of speakers. Because of this, English takes the lead as the most popular business language. The main multinationals and the most powerful international markets have established English as a reference language for business. The biggest companies’ events use English as a vehicular language for communication between those attending, and for most meetings and business negotiations we find that English is the predominant language.

This is followed by: Portuguese, due to the importance of the Brazilian market; Mandarin Chinese, because of the immense power of the Asian market on a global scale; Russian, widely used in business environments concerning science, technology or engineering; and German, which shows the global strength of the German market.

A manager’s success depends on their ability to communicate

For starters, English is the basis of all business communication: the success of a manager depends on their communicative abilities. A better command of the language, its pronunciation, fluency, grammar or vocabulary can be crucial when it comes to successfully closing a deal, projecting a positive image of the company or showing personal prestige.

Here at BBLTranslation, we know what is expected of leaders and it is for them that we develop initiatives like the phonetics workshop BBLsaʊnd®, so that executives and business professionals can improve their pronunciation and, with this, their confidence and abilities in the language. Preparation is key for standing out in important conversations, therefore if there exists a main business language, it must be worked on daily basis in order to achieve perfection. Original, stimulating and exceptional content are the main strengths of our phonetics workshop, BBLsaʊnd®.

BBLsaʊnd® is an innovative workshop comprising of a total of 6 sessions focusing on improving English pronunciation, a specialised workshop for those wanting to stand out and improve their pronunciation and aural comprehension. The sessions are dynamic, with a theoretical basis but centred in the practical, and always in groups limited to 8 people. We have selected the most expert and sought-after teachers; the very best.

Want to meet them?
More information on BBLsaʊnd® here